Return To Bulletin Board

Return to Bulletin Board Archive Page 2

[Webmaster's Note: Remember to notify the Webmaster if your email address changes.]

This excellent print of the movie storyboard was presented by the movie producers to Lt. Dave Johnson (VF-13) for his technical contribution to the real and animated VFP-62 flight scenes in the movie. After many years hanging on his wall, Dave decided to send it to me. I decided the best place for it was in the showcases beside our RF-8 on exhibit at Battleship Memorial Park. I made the proposal to Director Bill Tunnell and he approved it for display. 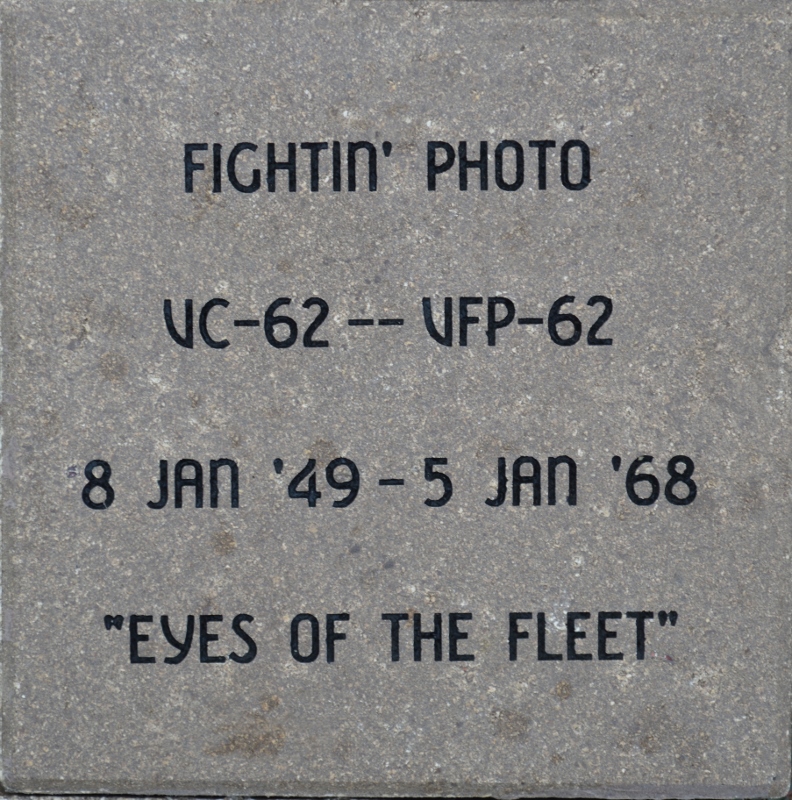 Gerald Musgrove is fighting a deadly medical problem and this kind, generous, shipmate would benefit from a short email giving him courage. You can find his email address on "Guest Log" page 2 #45.

[Webmaster's Note: With the publication of our book, Blue Moon Over Cuba: Aerial Reconnaissance during the Cuban Missile Crisis, in August 1962, a few squadron members ordered signed copies from me and three remitted much more money than I asked for (a total of $273.00). They left it to me to spend it as I thought best. Initially, I thought I would use it to extend our hosting service for vfp62.com, but Pete Wallace (who has been paying for it from the start) had already extended it to 2022. So, vfp62.com will be on the web for some time. I also considered buying a round of drinks at a future VFP-62 reunion but it appears that may not happen again. I decided to use the money to support the National Naval Aviation Museum fundraiser "Bricks Program." These special bricks will be installed in the center of Centennial Square on the manicured Museum grounds (Pensacola, Florida). Over 1,200 bricks have been purchased to support the important work of the museum.

To see all NNAM Commemorative Bricks go to: Brick Paver Index--- Our Brick is on Page 25. To order a personal brick: Secure Online Brick Order]

[Webmaster's Note: This story will give you goose-bumps.---Contributed by Ernie Halley] 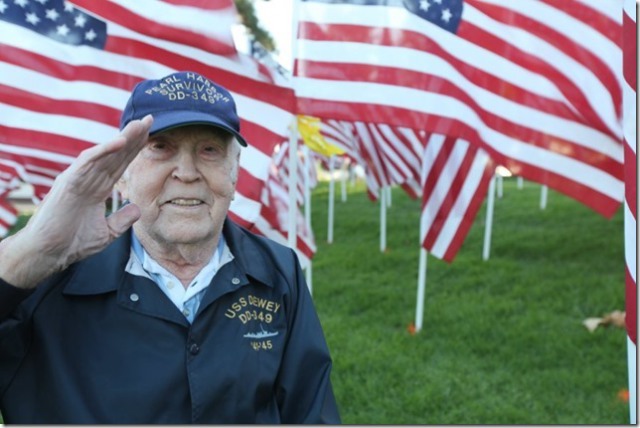 After signing my pop, Electrician's Mate Second Class Bud Cloud (circa Pearl Harbor) up for hospice care, the consolation prize I'd given him (for agreeing it was OK to die) was a trip to "visit the Navy in San Diego."

I emailed my friend and former Marine sergeant, Mrs. Mandy McCammon, who's currently serving as a Navy Public Affairs Officer, at midnight on 28 May. I asked Mandy if she had enough pull on any of the bases in San Diego to get me access for the day so I could give Bud, who served on USS Dewey (DD-349), a windshield tour.

The next day she sent me an email from the current USS Dewey (DDG 105)'s XO, CDR Mikael Rockstad, inviting us down to the ship two days later.

We linked up with Mandy outside Naval Base San Diego and carpooled to the pier where we were greeted by CMDCM Joe Grgetich and a squad-sized group of Sailors.

Bud started to cry before the doors of the van opened. He'd been oohing and pointing at the cyclic rate as we approached the pier, but when we slowed down and Mandy said, "They're all here for you, Bud," he was overwhelmed.

After we were all out of the van directly in front of the Dewey, shaking hands and exchanging pleasantries, Petty Officer Simon introduced himself and said as the ship's Sailor of the Year he had the honor of pushing Bud's wheelchair for the day. Unbeknownst to us, they'd decided to host Bud aboard the Dewey, not at the Dewey.

And so they carried him aboard. None of us expected him to go aboard the ship. I'd told him we were going down to the base and would have the chance to meet and greet a few of the Sailors from the new Dewey. He was ecstatic. The day before, he asked every few hours if we were "still going down to visit the boys from the Dewey," and "do they know I was on the Dewey, too?"

Once aboard, we were greeted by the CO, CDR Jake Douglas, the XO and a reinforced platoon-sized group of Sailors. To say it was overwhelming is an understatement. These men and women waited in line to introduce themselves to Bud. They shook his hand, asked for photos with him, and swapped stories. It was simply amazing.

They didn't just talk to him, they listened.

Bud's voice was little more than a weak whisper at this point and he'd tell a story and then GMC Eisman or GSCS Why not would repeat it so all of the Sailors on deck could hear. In the midst of the conversations, Petty Officer Flores broke contact with the group.

Bud was telling a story and CMDCM Grgetich was repeating the details when Flores walked back into view holding a huge photo of the original USS Dewey. That moment was priceless. Bud stopped mid-sentence and yelled, "There she is!" They patiently stood there holding the photo while he told them about her armament, described the way it listed after it was hit, and shared other details about the attacks on Pearl Harbor.

Bud finally admitted how tired he was after more than an hour on deck. While they were finishing up goodbyes and taking last minute photographs, GMC Eisman asked if it'd be OK to bring Sailors up to visit Bud in a few months after a Chief's board. I hadn't said it yet because I didn't want it to dampen the spirit of the day, but I quietly explained to GMC Eisman the reason we'd asked for the visit was simple: Bud was dying.

I told him they were welcome to come up any time they wanted, but I suspected Bud had about a month left to live. Almost without hesitation, he asked if the crew could provide the burial honors when the time came. I assured him that'd be an honor we'd welcome.

Leaving the ship was possibly more emotional than boarding.

They piped him ashore. CMDCM Grgetich leaned in and quietly told me how significant that honor was and who it's usually reserved for as we headed towards the gangplank.

Later that night Bud sat in his recliner, hands full of ship's coins and declared, "I don't care what you do with my power tools; you better promise you'll bury me with these."

He died 13 days later. For 12 of those 13 days he talked about the Dewey, her Sailors and his visit to San Diego. Everyone who came to the house had to hear the story, see the photos, hold the coins, read the plaques.

True to his word, GMC Eisman arranged the details for a full honors burial. The ceremony was simple yet magnificent. And a perfect sendoff for an ornery old guy who never, ever stopped being proud to be a Sailor. After the funeral, the Sailors came back to the house for the reception and spent an hour with the family. This may seem like a small detail, but it's another example of them going above and beyond the call of duty, and it meant more to the family than I can explain.

There are more photos, and I'm sure I missed a detail, or a name. What I didn't miss and will never forget, is how unbelievable the men and women of the USS Dewey were. They opened their ship and their hearts and quite literally made a dream come true for a dying Sailor.

They provided the backdrop for "This is the best day of my life, daughter. I never in my whole life dreamed I'd step foot on the Dewey again or shake the hand of a real life Sailor."

Without question, it's the best example of Semper Fidelis I've ever seen. 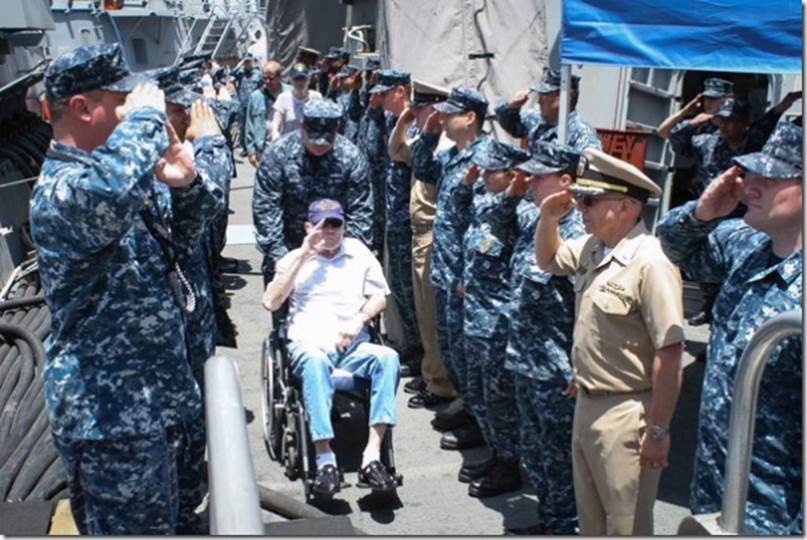 The following "Bulletin Board" items were transferred here: January 11, 2014 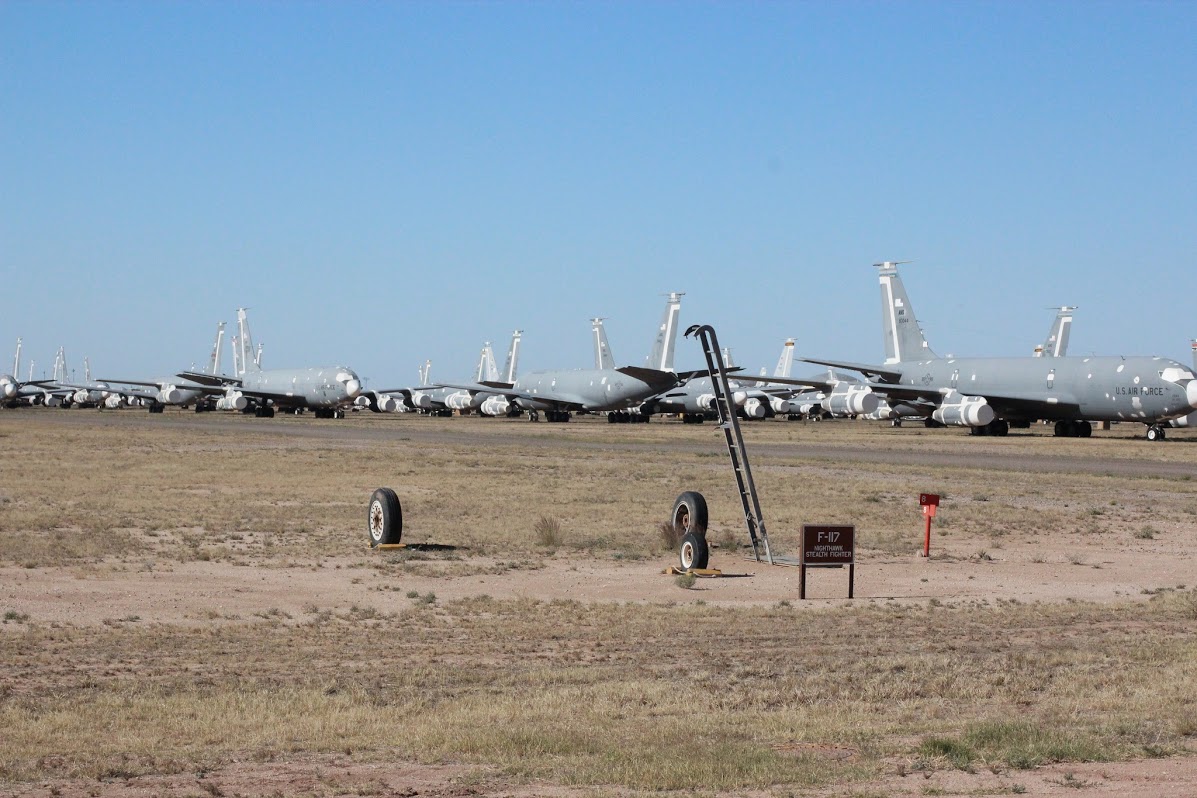 The following "Bulletin Board" items were transferred here: November 3, 2013

Return To Bulletin Board

Return to Bulletin Board Archive Page 2